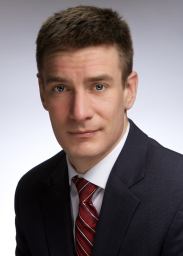 A former soldier with the United States Army Signal Corps and current amateur athlete in Brazilian Jiu Jitsu, Ray takes an intense interest in what creates the perfect fighter. Working tirelessly to uncover the secrets of what creates the strongest, best and even the most perfect fighter, he hopes to share that information with the World. He aims to study everything from what the ancients knew of hand to hand combat to our current understanding of exercise sport science in pursuit of this mission.

Ray holds a BS from Iowa State University and an MBA from the University of Illinois Chicago. Despite his education, Ray continues to improve in his pursuit of becoming an ever stronger and better fighter, athlete and lover. He will continue his mission until he discovers the best warrior athlete or he is steeped six feet under, whichever one comes first.

The site of the Ancient Paleastra in Olympia

The Paleastra (lit. fight school) was a rectangular courtyard that was often but not always situated in the Gymnasia. It was a place to train wrestlers, boxers and pankrationists. It was a rectangular shape with a total perimeter of 350 to 400 meters. The arcades, located outside of the columns protected the the grounds from the elements such as wind and rain. There were benches within the arcades for a small group of spectators; competitions were normally held in the nearby stadium. The inner grounds themselves, often made of sand, were used for training wrestling, boxing and pankration.